Scolacium (ancient Skilletion) Archaeological Park, located inside a picturesque centuries-old olive grove, now owned by the State, is a unicum of its kind.

Located where the ancient Greek city of Skilletion was built, two legends tell about its foundation: according to the first one, it was founded by Menestheus, king of Athens, whereas the second legend attributes its foundation to Odysseus.

The actual foundation, however, is more recent, around the 6th-5th century BC, most probably by Athenians or Crotonians. The site was chosen because of its strategic location for trade between the Ionian and Tyrrhenian seas. And yet, there is no trace of the Greek city today: a Roman colony was founded on its site by Caius Gracchus at the end of the 2nd century B.C.. The settlement grew rapidly since then, until the re-foundation of the colony by Emperor Nerva (1stcentury A.D.). In this phase the city was enlarged and more monuments were built in addition to the pre-existing ones.

From the Forum to the Theatre: the Remains Tell the Story of Everyday Life

Visitors can fully immerse themselves in the daily life of the city: perfectly visible is the Forum, with a special brick pavement, unique in the Roman world. There are also the remains of public buildings including the Curia, the Caesareum, and the Capitolium.

Not far away, there is a Greek styled theatre, perched on a hill, which seats up to 3,500. Next to it there is an amphitheatre, the only example in Calabria of this kind of Roman construction.

The colony would continue to thrive for a long time. Cassiodorus, among other renowned people, who lived between the 5th and 6th centuries AD, was born here. He was a minister of the Goth king Theodoric. He died not far from here, in the monastery he had founded.

Around the 7th – 8th century, the inhabitants of Scolacium were forced to move to the neighbouring hills for several reasons: political uncertainty, a constant threat of enemy attacks, and also because the whole area was turning into wetland.

Scolacium and the Norman Age

However, several settlements remained until the Norman era, in the 12th century, as confirmed by the splendid Norman basilica, highly fascinating for its grandeur.

The park also includes a Museum. Here finds unearthed during the excavations are displayed and arranged so as to give an insight into the daily life of an ancient Roman city. Among other artefacts, there are also statues and portraits from the Roman period, as well as the forearm of a colossal bronze statue.An oil mill, still used for the olives harvested in the grove where the park is located today, is also worth a visit. 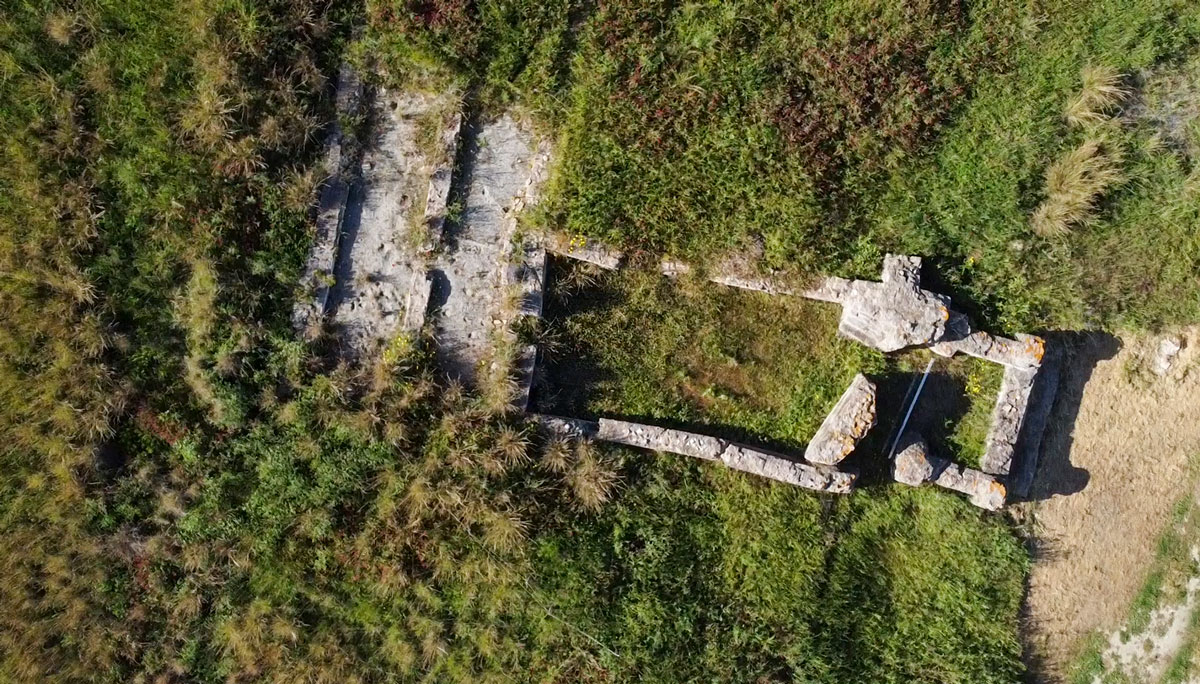 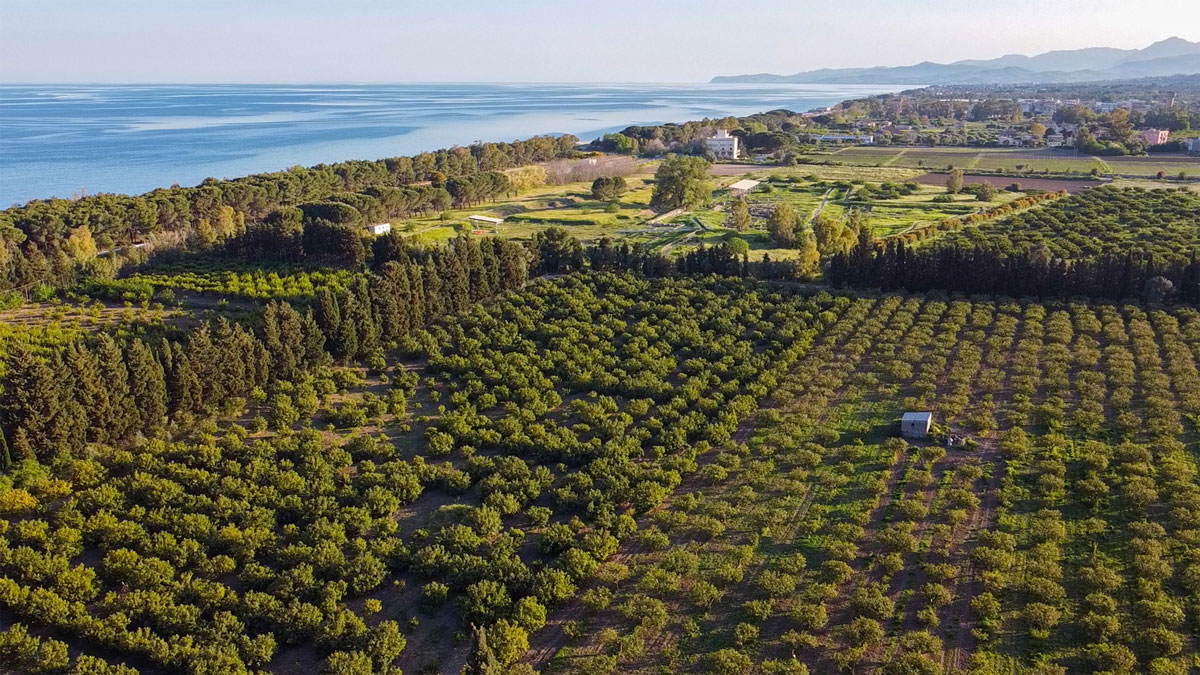 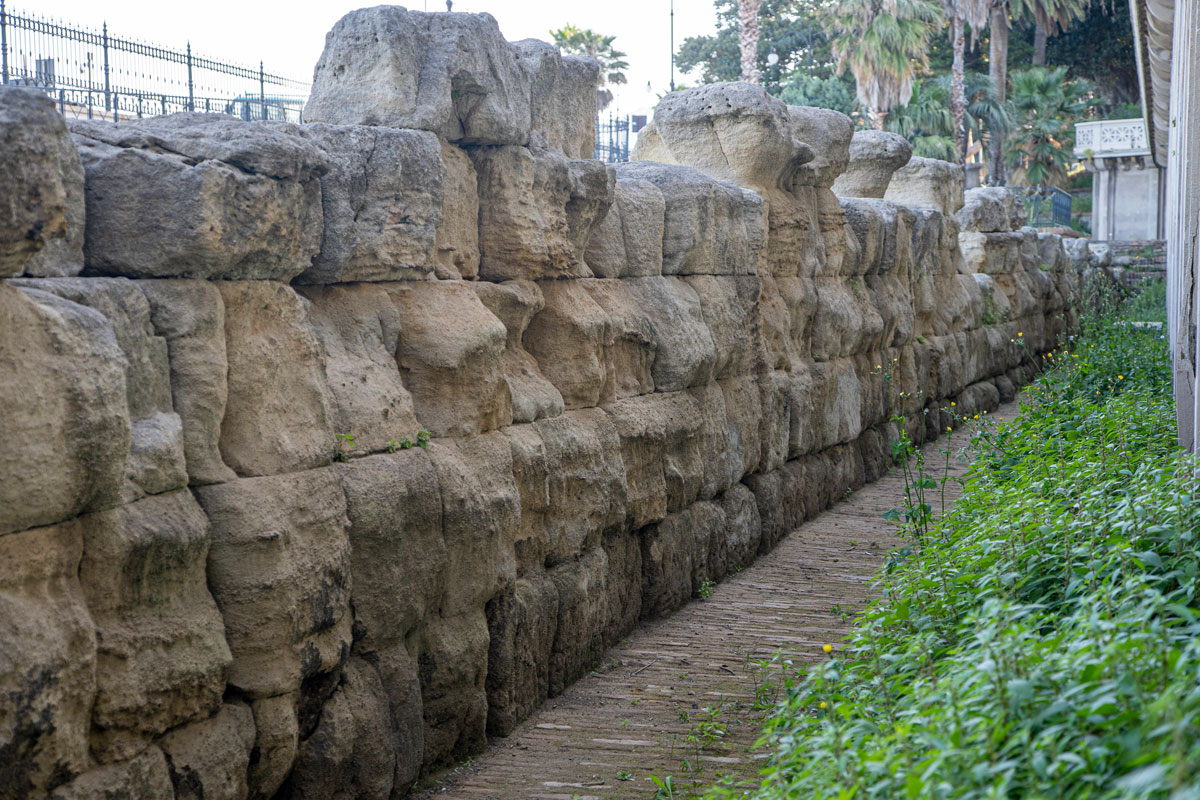 The Greek Walls of the Via Marina 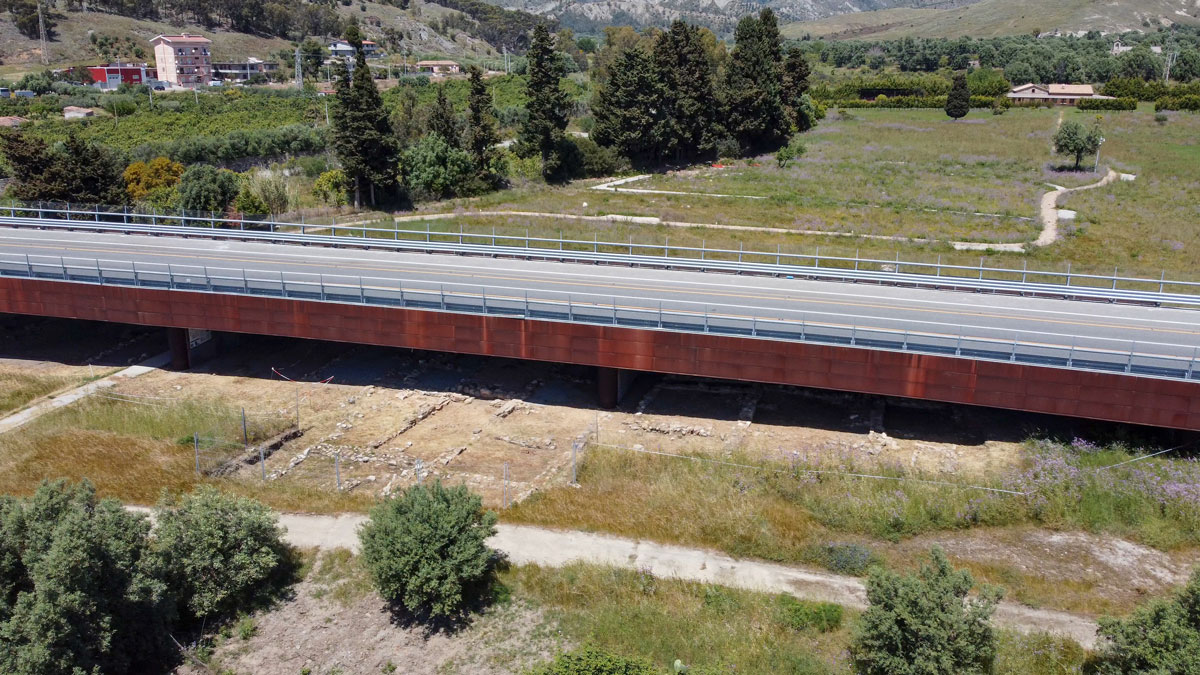 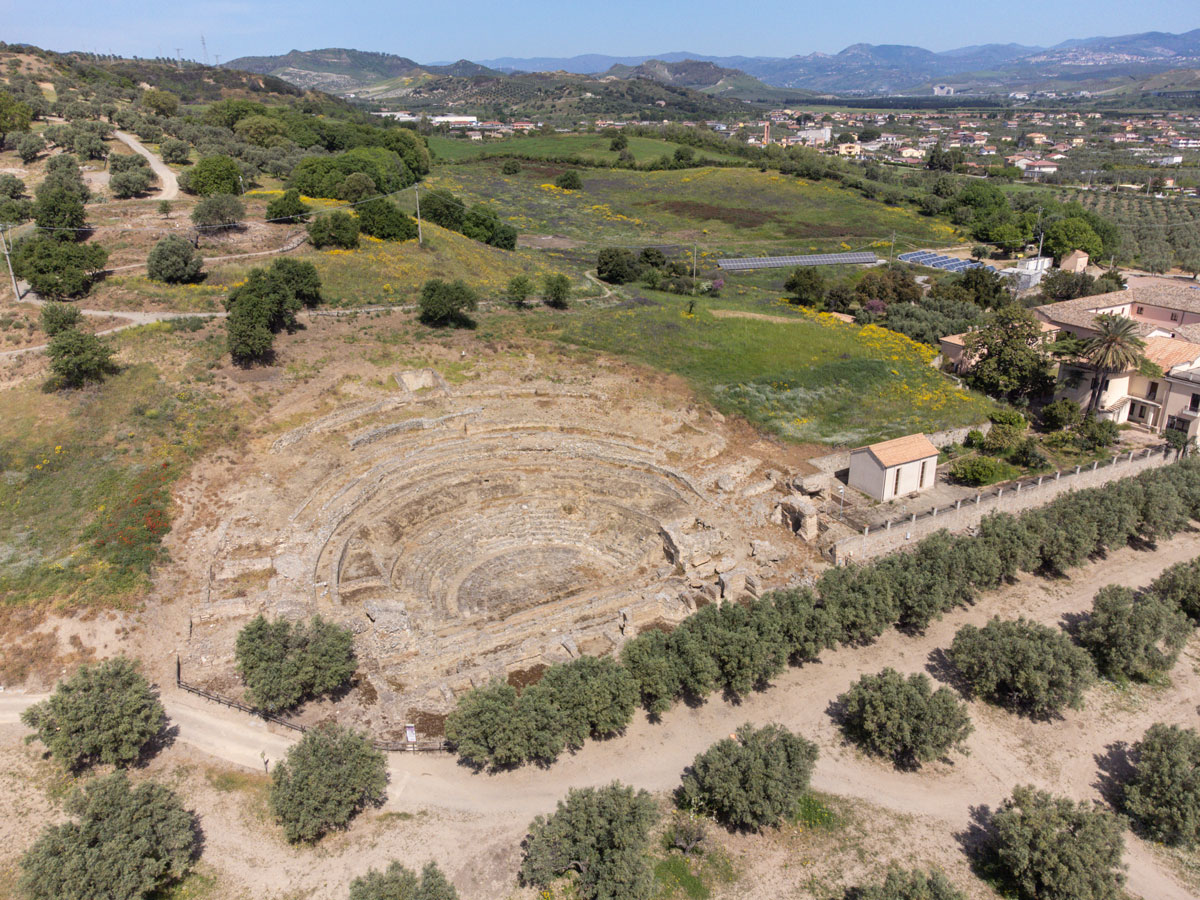 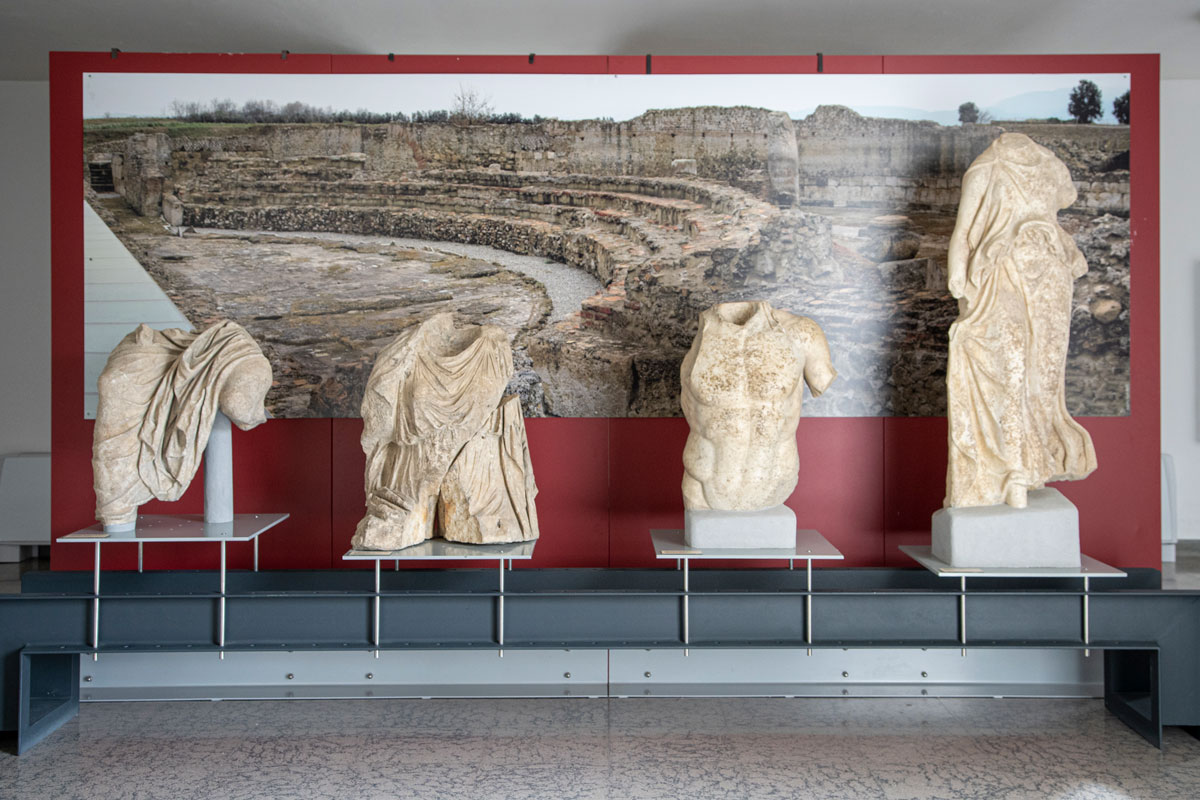 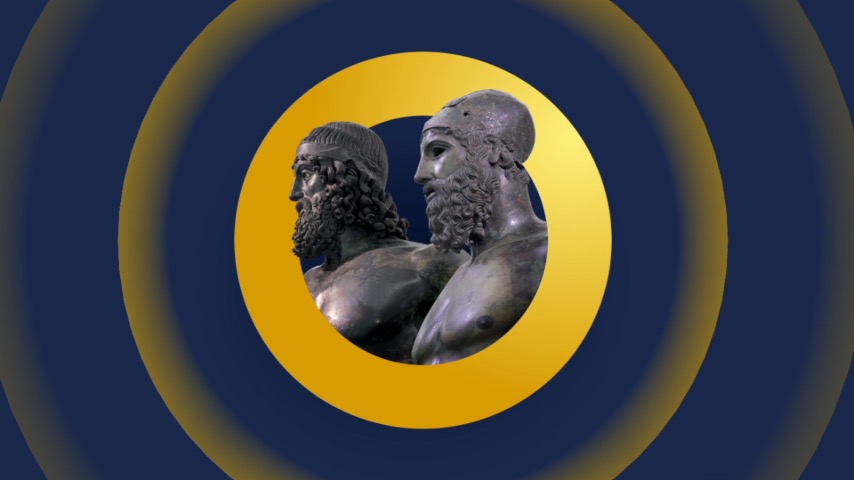 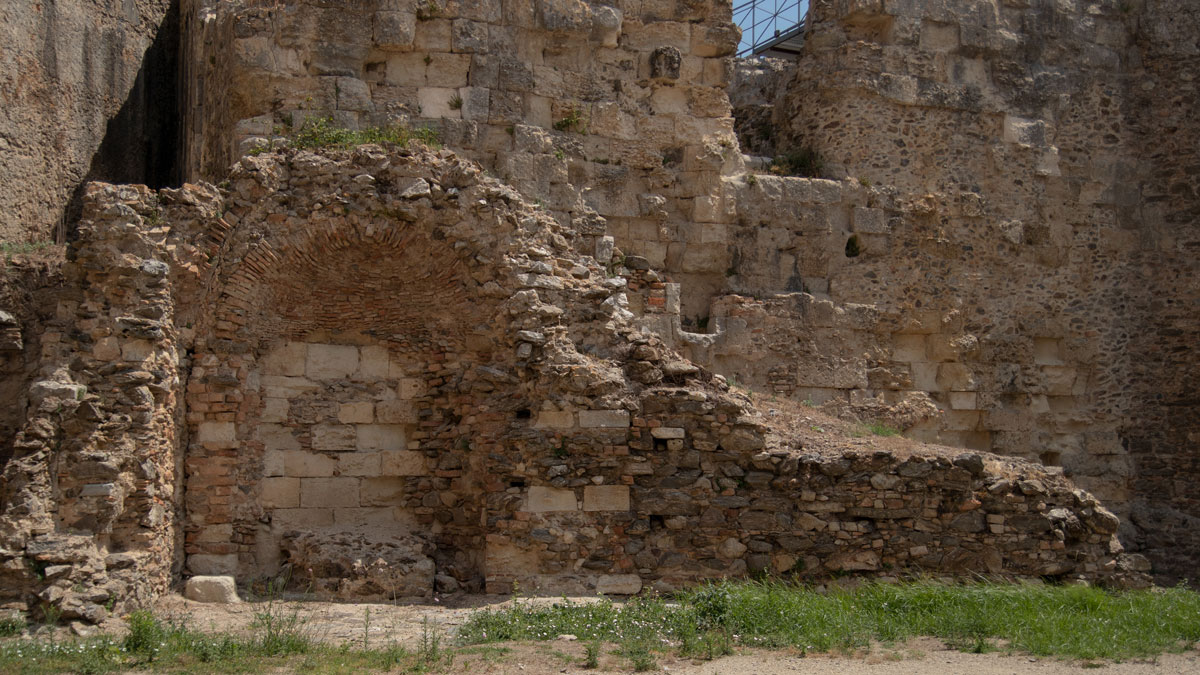 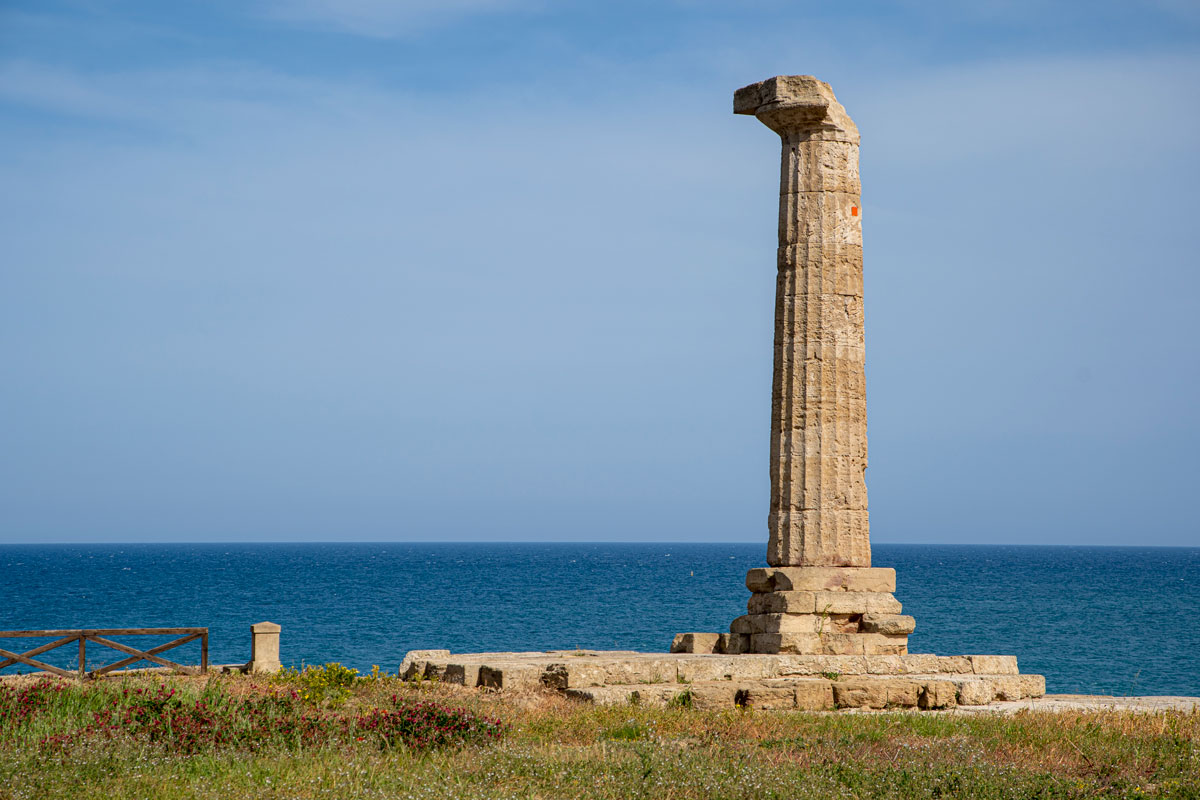 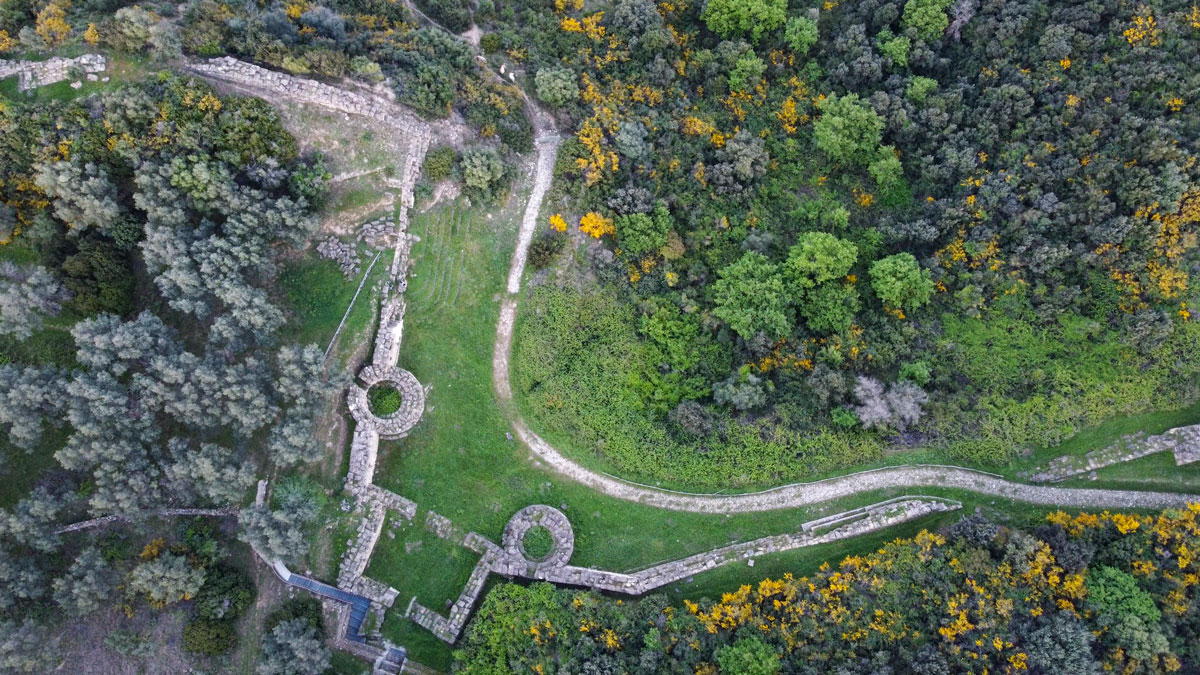